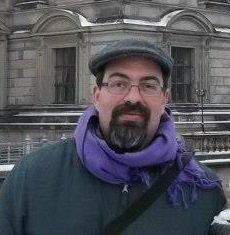 Throughout my career, I have always been interested in the history of sexuality. I first explored this topic in Argentina, but my interest expanded later to Latin America and more recently the world at large. My current project is a book-length study of the history of sexuality in Buenos Aires between 1880 and 1955, especially in relation to the changing understanding of sex between men. My growing interest in a transnational and global comparative approach stems from my study of Buenos Aires as a hub connecting the hinterlands of Argentina to the global market.

As railway lines and shipping routes expanded in a thriving economy that attracted millions of trans-Atlantic immigrants in the late nineteenth century, Buenos Aires rapidly became the largest urban area in Latin America at the time. The high demand for workers resulting from this expansion attracted many highly mobile single men in search of sexual adventures, creating a demographic and social structure comparable to other internationally renowned ‘cities of sin’ at the time, such as Rio de Janeiro, Shanghai and Nairobi. From the point of view of sexual science in Buenos Aires, deviant men engaging in prostitution, sex between men and law-breaking constituted an obstacle to achieve national progress in Argentina. However, the popular classes celebrated sexual enjoyment and lacked a notion of pathology. Among the majority of unskilled male laborers same-sex sexuality was only perceived negatively for those who performed the act “like a woman,” but geographical mobility and anonymity helped to conceal sexual practices. In this context, physicians, criminologists, psychiatrists, and other representatives of sexual science failed to tame a pathological sexuality supposedly responsible for causing urban unrest.

Between the 1920s and 1930s the relationship between sexual science and the culture of sexuality among the urban poor began to change. Import-substitution industrialization led to the growth of a stable job market and rising working-class income undermined crime and prostitution while strengthening family sociability. These social changes precipitated the increasing isolation of men who engaged in same-sex sexuality, who previously had been relatively integrated into the popular classes but now became stigmatized as sexual deviants threatening society. The division between “normal” people and “homosexuals” stipulated by sexual science finally took hold gradually among the urban poor from the 1930s to the mid-twentieth century. In the 1950s, the pathologization of male homosexuality became consolidated and it surfaced in political conflicts where the enemy was accused of being homosexual. This was especially the case during the regime of the charismatic President Juan Domingo Perón, who used the division between normal and pathological sexuality to cement popular support for his populist regime.

My work on sexuality and sexual science in Buenos Aires from the late-nineteenth to the mid-twentieth century is based on extensive research in police, penitentiary and psychiatric archives as well as work with newspapers, novels, autobiographies, inexpensive chapbooks and old academic journals and manuals at major libraries and archives in Europe, Latin America and the United States.